For the first time in years, I was able to enjoy time off work during the holiday season which allowed me  to think about what I want out of life over the next few years.  Turning thirty on December 1st was the perfect opportunity for me mull over the choices I made over the past ten years.  I have learned so much from some of the mistakes I have made in the past and I had high hopes that the next ten will not be the same in so many ways.  Not only did I learn from a lot of the mistakes I made, but I made major accomplishments in my health, relationships and living situation.

In 2008, one of my goals was to become a business owner and/or freelancer and eventually give up my 9-5 (more like 8:00 – 6:00) to work for myself or at least cut back my work hours.  In October, I started Green + Chic (though the planning came long before that).  I knew I would have to work hard at it, but it was one of those things you truly don’t know until you are actually doing it.  I figured since we don’t have kids and my commute is about 15 minutes each way by car, I can do it.  Why not? I’m still young!

Spending long days and nights adding products to my website, contacting potential vendors, fixing HTML issues on the site, marketing, social networking, learning WordPress, writing, blogging, attending local conferences and events and so much more was enough to have me totally fried by Tuesday.  This doesn’t include managing personal relationships, keeping up with my health and fitness, housekeeping, and the 45+ hour a week job.  Eventually, “burnt” was a regular feeling for me.  I figured this is what I need to  do to succeed.  Besides, Bill Gates didn’t get to where he is now by being “lazy” (not that I want to be a billionaire or anything like that, but you get my point). I thought about the  people I know who go to school, work full-time, and have kids – so whats the deal?  I just need to work my way through this phase and eventually I will reach my goal even if it takes years.  Besides, I actually like what I’m doing sans the day-job.  A little hard work has never killed anyone.

While leaving work early to rush to my doctor’s appointment, I thought about the workload I was leaving my co-works and felt a little guilty that I had to take more time off work this week while they picked up the slack.  That feeling quickly passed as I was glad to be out of work – even if it was to take care of other business. As I climbed the stairs to reach the third floor of the small medical building, I figured my doctor wouldn’t have anything earth shattering to say to me.  Maybe “rest”, “take XYZ” and “come back in a few months”.

My fiancee was just a few minutes behind me and my eyes lit up as he walked through the door to sit with me in the small lobby. We held hands and made small talk before the Neurologist greeted us and led us to his office.  He had some good news and bad news for me.  The good new is, I didn’t have Lyme’s Disease, heavy metal poisoning (led, mercury, arsenic, etc) and my B12 is in the normal range.  “The bad news is you have multiple sclerosis”, he said to me almost in a whisper.  I wish he gave me the bad news first.

That next hour spent in his office was almost a blur. Analyzing MRI slides of my brain taken the day before, having everything spelled out to me in plain English, reviewing my current symptoms, going over treatment options, lifestyle changes and so on.  Some of the main points I do remember was him counting the number of lesions I have in my brain and his concern that I have so many in and near my brain stem.  He also mentioned that my sometimes heavy fatigue is also a part of this disease.  Somehow I though that he would tell me that “its normal and you will have to fight through it”.  Instead he told me to rest as much as I need to.  Even if it was in the middle of my work day, I need, to not resist my urge to sleep or rest.  He also suggested the unthinkable: reducing my hours or maybe taking a few days off a month.

Wow, not only was I just diagnosed with an incurable disease, but I was told that everything much change starting now.  No more staying up past 10:00PM  (or past 1:00AM) to work on my site.  No more toughing it out though my days and weeks, and a lot of other things.

Instead of working on my website and blogging, I spend the weekend telling my mother and my brother, researching treatment options, medication side-effects, browsing a local bookstore, looking for a support group in the area, contemplating telling my employer if I decide take time off every now and then, going over my benefit information and so on.

At the end of the long Martin Luther King Jr. holiday weekend, I cried myself to sleep with Steve.  Will I continue to do Green + Chic and other projects I’m currently pursuing?   Though its enjoyable, it does take a lot of time and energy out of me.  It seems like a catch-22 that now more than ever I don’t want to rely on an employer to be stable, but I don’t know how to get to the point that  I wont need to work for “The Man”  without killing myself.  Health insurance is another huge problem.  I had pre-existing conditions in the past that kept me from getting private insurance, but I had hope that it would eventually pass or that I could prove that I’m insurable, but the MS diagnosis  was the final nail in the coffin. 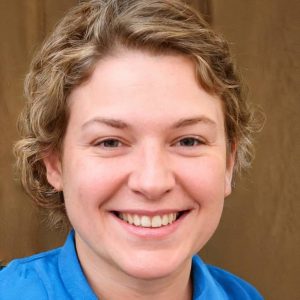